Puppetry For Kids – Spencer Stays Inside

Theatrix does not currently offer a class in puppetry. For now, please enjoy the YouTube series, Spencer Stays Inside, created by friend of Theatrix, Adam Proulx, for kids (and puppets) who are self-isolating. Get your grown-up to help you like and subscribe, and you can even send Spencer an email at spencer@spencerstaysinside.com. What did you do inside today? 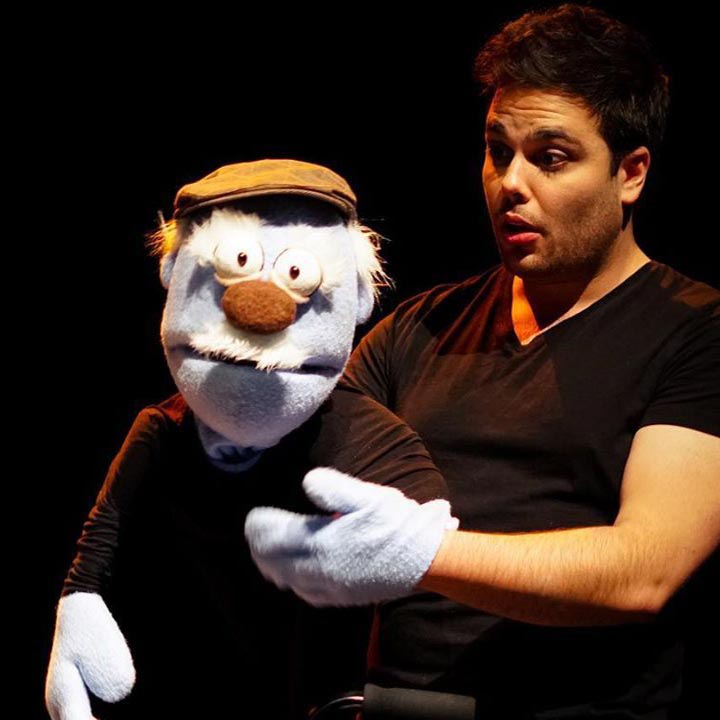 Adam is a Canadian theatre practitioner known for his acting, singing, and puppetry.

A graduate of the University of Waterloo, Adam holds honours degrees in Arts and Business as well as Theatre and Performance. Additional training has come from New York University (MA level vocal performance).

He is perhaps best known for his solo show BAKER’S DOZEN: 12 Angry Puppets, which has travelled North America and won numerous awards.

Recently, Adam was an Artist in Residence with The Puppetsmithery in Australia and spent the past three seasons as the Assistant Artistic Director of the Victoria Playhouse in Petrolia.